“YANN!” I yelled from the top of a mountain.

I don’t like using my voice in public. The deaf accent is mocked globally. Imagine not getting to experience a part of yourself that the public gets to experience? Then the result of your efforts to accommodate others not only goes by unappreciated but gets ridiculed!

But it wasn’t the time to be insecure about my voice. I was near the top of Mount Albert Edward, alone, and without water. I had seen Yann just a few minutes earlier: he was busy massaging a water purification tablet into a Nalgene bottle filled with snow. He had also run out of water, and our solution was to thaw last season’s snow.

I underestimated how long it would take for Yann to finish the task and continued down the vaguely marked trail. The suggestion that you were going the right way came in the form of either orange plastic ribbons or piles of rock. I stopped when I could no longer see Yann over the hump.

…How long does it take to screw a Nalgene lid back on?

“Yann?!” I repeated his name a few times until I noticed two guys who were definitely not Yann walk towards me.

I disclosed my deafness to the two strange men: something I normally avoid doing. “I’ve lost my boyfriend, and I have no more water,” I typed on my phone. I was embarrassed for having made such a rookie mistake. “His name is Yann,” I added, in case they couldn’t make out what I had been hollering.

Within seconds of them calling out his name, Yann responded from about 50m down the mountain.

I have such a feeble voice! Why does this surprise me if I hardly use it? A whistle costs about $2.50. Why don’t I have one? While I can excuse myself for not having a great voice, what’s my excuse for not bringing enough water?

The whole experience lasted under ten minutes. It happened in the middle of the day on a moderately trafficked hike. It was very sunny, but I was dressed in layers. I mostly knew my way back to camp. I’d suffer, of course, but I wouldn’t die of thirst within 4 kilometres. Yann didn’t see it the same way. For him, it was ten minutes of terror.

What neither of us realized while we were separated, was how there was randomly cell signal on this spot of the mountain. We could have just texted each other had we not assumed there would be no signal.

That was just… wow.

But this was very wow: 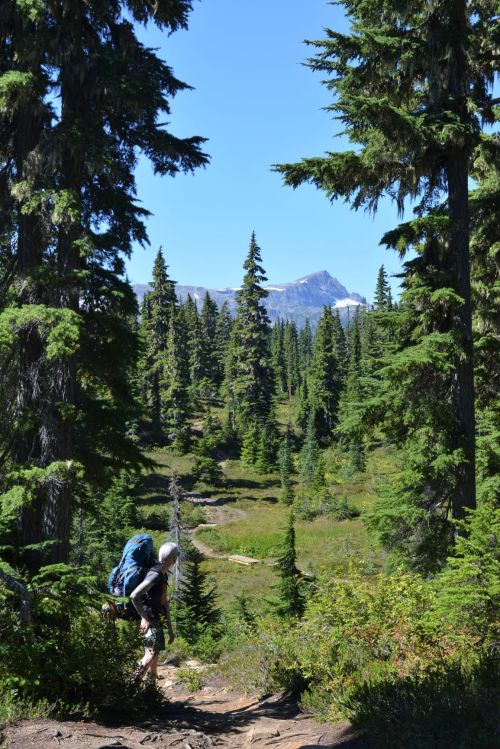 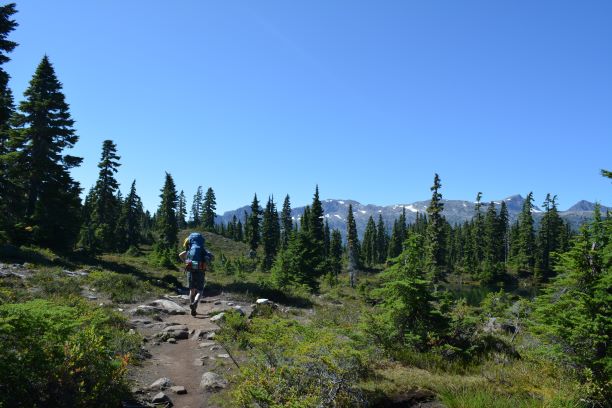 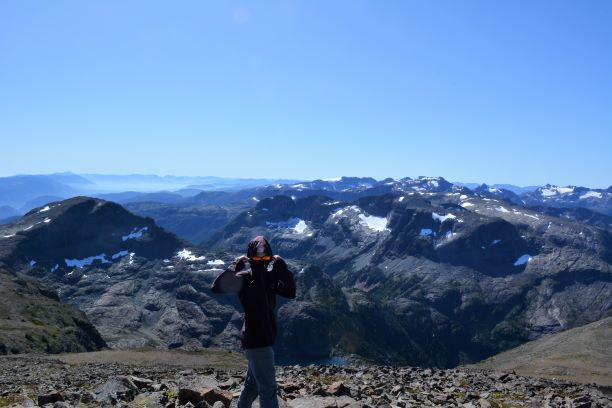 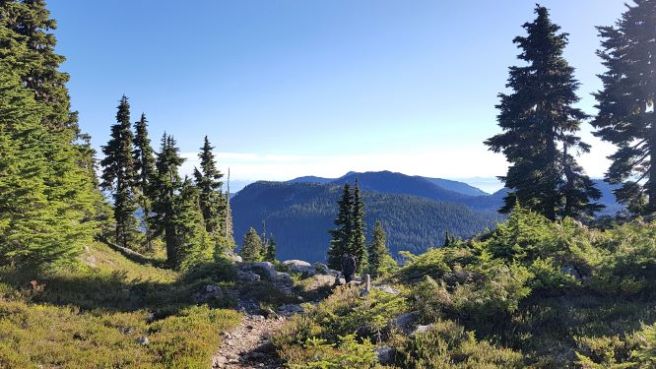 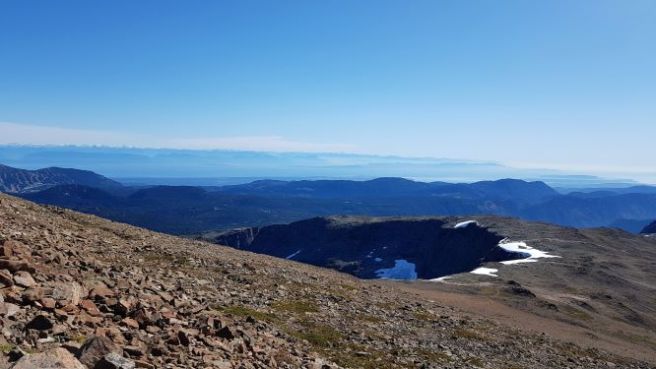 His name is Albert Edward. He rises over 2,000m in the middle of Vancouver Island, in BC’s first provincial park: Strathcona. The hiking area is called Forbidden Plateau. Come on. That sounds like a Super Mario World level. We punted some goombas and did shrooms along the way.

We didn’t just lose each other either; we also found ourselves misplaced as a pair. Someone who had done this hike had warned us that it was easy to end up on the wrong side of the mountain coming back down: the other markers were meant for a different trail that lets you continue hiking on to the next mountain. We didn’t have time nor water for this, so we climbed a bit to get back on the mountain’s good side.

Before all this excitement happened, we spent the first day lugging gear from the Mount Washington Alpine Resort parking lot to Circlet Lake.

We had knowingly over-packed: I brought binoculars and a camp chair. Yann brought his DSLR and opted to carry more than 6L of water from home. (A water filtration system would’ve been more compact and lightweight.) We were doing backcountry lite camping: Circlet Lake had food caches, tent platforms, and an outhouse (stocked with TP!). Backpackers are just expected to figure out their own drinking water situation and “pack it out”.

Including two avocadoes and an Irvine Welsh novel:

We hadn’t been the only ones to over-pack for Circlet Lake. The other backpackers had come with fishing rods and a 6 pack of beer. One of the backpackers was named Andrew. Andrew had a friend who kept narrating his movements, “Andrew! I think I’m going to put on some pants!”

Holy shit, someone can announce that they’re putting on pants louder than I can call out Yann’s name?

Even noisier than I were the bugs. I didn’t have to listen to them, but I very much got to experience their presence. You’d think I was cold in this photo, but I’m just dressed like that because of the bugs and sun. 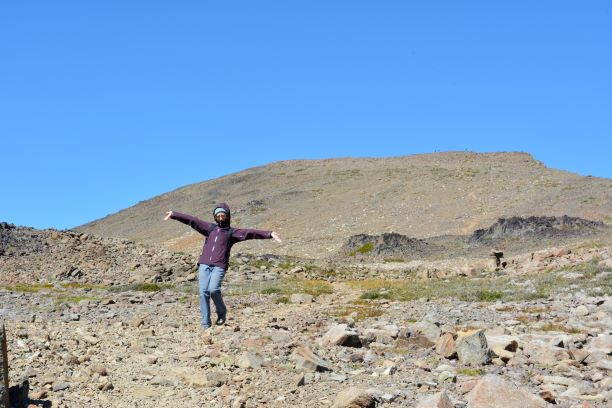 I was still smiling under all those layers.

Hiking is such a cheesy human experience, I love it.

4 thoughts on “The peak of my summer.”