Are posters no longer popular or have I just fallen out of that age group? I’m no longer a poster child for posters? Have posters simply been rebranded as “prints”? Are Millennials to blame? So many questions?

Poster stores were definitely a thing when I was a teenager. In fact, I would make a point of visiting the local poster shoppe whenever I found myself in a mall. Where else could I have seen a vast collection of large-format images quickly, and for free?

The internet? Not in 1996. You’d need to go to the trashy wallpaper store for your gawking needs. The poster store I was the most familiar with was called “Poster World”, a world in which boy bands, doobie smoking aliens, and cartoon dolphins lived together in harmony.

You could tell a lot about your friends based on the images they’d wallpaper their bedroom with. A floor to ceiling collage of Jonathan Taylor Thomas, mostly with staple holes through his cheeks from being ripped out of Tiger Beat? I wasn’t that person, but I was that person who was friends with that person.

I was a little more choosy, only ever having had four posters up on my bedroom walls: a white horse mid-canter, the official poster for the IMAX film “Extreme”, The Lion King, and The Lion King again (not for the sequel–they were both from the original).

Then I compensated for that mildness in my early 20s by creating a collage of actual photos featuring complete strangers on my bedroom wall: 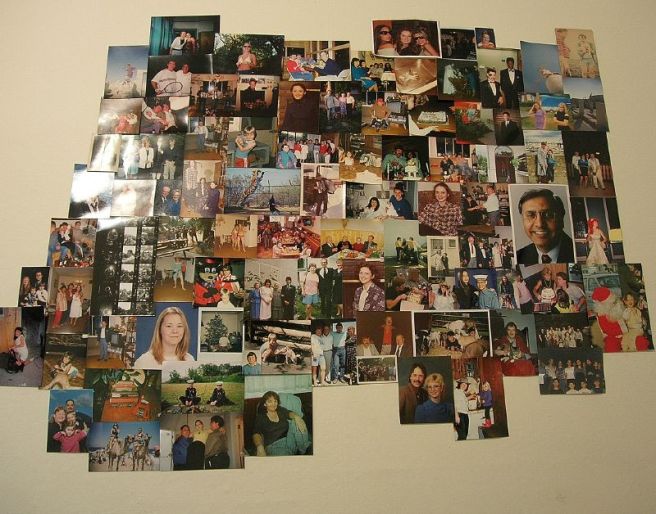 There’s a photo of Dustin Hoffman somewhere in there as well as several goats.

These days I’m more into original artwork and, yes, prints. I’ve invested a lot in frames, and mounting nails. I’ve even reached the point where I’ve got too much art, and not enough wall.

But I’ll wait until I’m in my 40s before I reinvent my wall decor persona.

In more current events, I had to show up to work at 6:45am for a sort of mini-expo on outdoor gear. MSR has come up with an innovative way of getting you to invest a lot in your tent decor. You can now go deep beyond the usual sleeping bag/sleeping pad combo. MSR has solved the imaginary issue of falling off your sleeping pad in the middle of the night by adding straps to their sleeping bags.

Mummy bags have gotten even more advanced with the addition of built-in slippers. To further minimize your bank account, there are also snaps along their sleeping bags for attaching the top half of another sleeping bag (the technical term being “camp quilt”). The logic behind this set-up, according to the MSR representative, was to eliminate the need for four different sleeping bags.

Although being the meat in a down-filled sandwich sounds dreamy to me, I am content with my two sleeping bags (extra warm and extra-extra warm). I might want to get a new camp stove though.

At another info session, I got to try energy bars made from cricket flour. They were good, but the representative admitted that each bar only contained about 15% cricket which was apparently the Western world’s threshold for ingesting insect. This information session was supposed to last 30 minutes, but you could tell the representative was relying on questions from the audience to fill the time. Fortunately for him, there was a person in my group who showed no restraint in inquiring about the extermination process: “So, how do you guys kill the crickets?”

“Uh, with gas. Some kind of gas. Not sure which… But they go to sleep peacefully in about 10 minutes. Then we throw them in the oven for a light toasting before we grind them into a powder.”

Cricket protein: Very sustainable, yet not in the least bit cruelty-free.