I don’t think pandemic updates are the blog content anyone is interested in right now, so why don’t I instead do an upbeat write-up about a docuseries featuring a cult in 1980s Oregon?

This story is so farfetched that the filmmakers couldn’t compress it into a standard two-hour documentary. Instead, the Wild Wild Country docuseries is made up of six episodes, each lasting a little over an hour. I have now been subjected to 400 minutes of footage showing burgundy-clad guru-worshipping settlers pissing off their redneck neighbours with their casual sexing ways, and I still have many questions.

This guy’s face says it all:

Question number one: How come this moment in history is seemingly absent from pop culture references?

Everybody knows about the Manson Family. Old millennials like myself still think about Heaven’s Gate when they see black Nikes. The Branch Davidians’ David Koresh is the reason aviator glasses went out of style (they’re back because people forgot about David Koresh). Jonestown gave birth to the phrase “drinking the Kool Aid”. Rajneeshpuram, somehow, disappeared off the map and faded into obscurity.

Yet, the founder of the Rajneesh movement had more followers than Manson, Applewhite, Koresh, and Jones combined! Without further ado, here’s the man who was charismatic to attract more than 10,000 followers worldwide:

Isn’t the Bhagwan bhangin’? I know, it’s kind of refreshing to learn about a cult leader who isn’t a white perv.

As a lifelong Atheist, the closest I’ve ever come to idolizing anybody was Canadian commentator, Rex Murphy. When I had my thrift store job, I had a Rex Murphy button for my staff vest (along with a bunch of name tags that I nicked off donated uniforms): 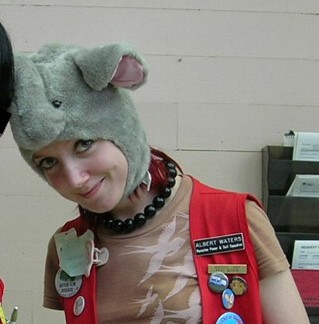 (I swear I was a good employee, even if I don’t give that impression.)

But all that was a sham. I don’t believe that I’d be able to find a movement I agree with entirely, or that an infallible individual exists. Not even Rex.

I was surprised to find myself applauding most of the rules Bhagwan and his followers lived by:

Marriage is pointless. Fuck whoever you want: just wear protection. Meditate. Pursuit creativity in your life.

“Whatever you do, do it with great creativeness.”

I don’t think naked prayer circles are for me, but I am not bothered by those who participate. It, however, bothers the following people:

He was mad about the Rajneeshees even before his dad’s shoes became associated with a different cult. Also, his 46-year-old wife, Melissa, served time in jail for sexual abuse of a minor, so this makes you wonder whether he’s the best judge of character.

Mayor of Antelope, Oregon, Margaret “Sometimes I doubt your commitment to Sparkle Motion” Hill (who was actually receptive of the group to begin with):

The McGreers who are two individuals who best represented the intolerance of their small town compatriots with an impressive range of hostile body language: 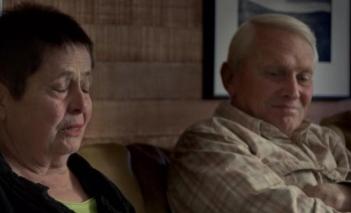 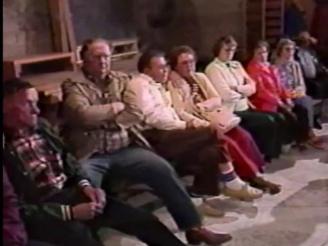 Some has-been pastor who was pretty steamed about not being as popular as Bhagwan:

“If I shriek enough, maybe people will accept Jesus Christ into their hearts!”

This fun-loving chap. (I suppose you must believe in marriage if you need to make it difficult for a woman to leave you.):

This guy got a lot of screen time:

“Bunch of oddballs, they were!” Says a guy who has an animal head and a t-shirt mounted on his wall. You knew you’d be interviewed for a Netflix documentary, and you chose to wear Osh Kosh B’Gosh and David Koresh glasses? Maybe he was going for the Luigi-as-a-retiree look?

The Rajneesh movement started in the Hindu-majority city of Mumbai, India in the 1970s, and then spread to Pune, where Bhagwan established an ashram. Their ideologies clashed with what the Hindus of Pune practiced, motivating the Rajneeshees to seek a new place where they’d have the freedom to practice their religion. India wasn’t going to be it.

Bhagwan’s sassy secretary, Ma Anand Sheela, who had previously studied abroad in the US, was confident the US Constitution would safeguard the Rajneeshees from government interference.

It was the USA or bust.

So, in 1981, they purchased 64,000 acres in Oregon. Home rule in the USA states that 150 citizens can create their own city with a government. They did just that and built infrastructure, electric power for 10,000+ people, plumbing, roads, banking operation, an airport, and a dam. Oh, and let’s not forget their shopping centre with a fashion boutique selling only clothes in shades of red. 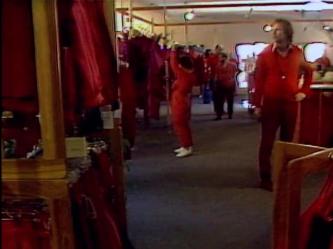 Yann observed that none of the anti-Rajneeshees interviewed wore red. Which means they allowed a cult to ruin a colour for them. I wonder if Heaven’s Gate ruined Nikes for Jon Bowerman.

I was more focused on the attractive people of the town that was now Rajneeshpuram. Everyboy was fit! Of course they were, these people enthusiastically worked 12-hour days, frolicking through the mud and cheerfully lugging around timber planks.

Then, we have the classic “settlers are mad about newcomers moving in and claiming their land” scenario. The “But, we were here first!” argument is null when coming from settlers living on indigenous land.

People only value the law when it works to their advantage, and religious people especially have a hard time respecting the US Constitution when it comes to freedom of religion.

I am not an Atheist who believes that religion should be abolished: it would never work. Humans are naturally tribal. If we’re not going to bond over a shared belief in a supernatural being, then it’ll be something else, like a sports team. Can you believe sports riots are a thing? We start looting and punching each other whenever our favourite group of well-paid athletes fails to put enough objects in a net.

I don’t think the Rajneeshees played sports unless you count shooting as a sport. Anyway, the guns will come a bit later, and so will the second part of this post, which will likely be up next Monday.